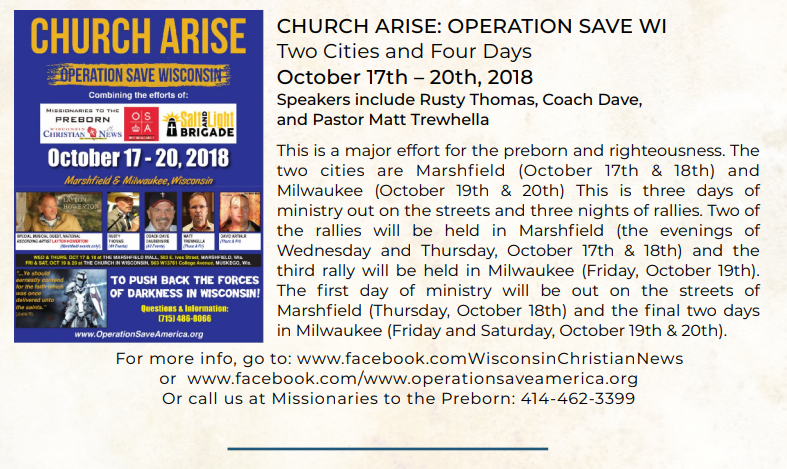 This is a major effort for the preborn and righteousness. The two cities are Marshfield (October 17th & 18th) and Milwaukee (October 19th & 20th) This is three days of ministry out on the streets and three nights of rallies. Two of the rallies will be held in Marshfield (the evenings of Wednesday and Thursday, October 17th & 18th) and the third rally will be held in Milwaukee (Friday, October 19th).

The first day of ministry will be out on the streets of Marshfield (Thursday, October 18th) and the final two days in Milwaukee (Friday and Saturday, October 19th & 20th).

For more info, go to:
www.facebook.comWisconsinChristianNews or www.facebook.com/www.operationsaveamerica.org
Or call us at Missionaries to the Preborn: 414-462-3399