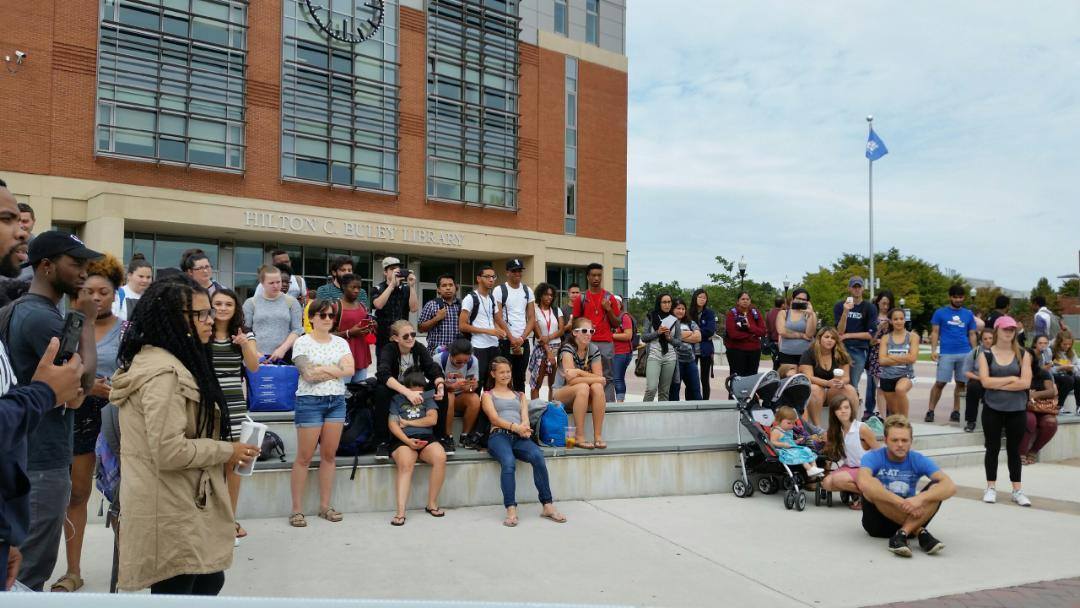 Join us May first through the third

Monday, May 1st at Marquette University
Tuesday, May 2nd at UW Milwaukee
Wednesday, May 3rd at UW Waukesha or UW Parkside

If you would like to participate with us in this effort, contact us by email or phone. Campus Tours provide the opportunity to speak up for your preborn neighbor to young people who are entering the realms of business, politics, and academia.

Signs and literature will be provided.

Please remember this effort in prayer!

Read about our most recent college outreach, the Fall 2016 Campus Tour, here:

Other helpful links from past Campus Tours:

As abolitionists of human abortion, we must make every effort to engage equally in works of assistance and agitation. In this we simultaneously fulfill our servanthood mandate to be salt with our prophetic mandate to be light. Agitation is the practice of bringing the darkness of abortion out into the light of day.

It is for this purpose that we organize our events - to put the horrors of abortion on display before a happy-go-lucky world. This means speaking out about spiritual destruction which abortion causes to men, women, children, the family, and the entire fabric of our so-called modern society. This means exposing the abortion industry as a multi-million dollar business built on the blood of oppressed people. This means exposing the way the abortion “issue” is used as a political football by lobbyists on both sides of the aisle to insure their party’s power and place of influence. This means pointing out the fact that most churches do little to stand against abortion and that most pastors are terrified to speak out against child-sacrifice from the pulpit.

To this end, a "Tour Stop" or an “American Atrocities Tour” is an anti-abortion presentation conducted in a high traffic area of a community. Our mission is to make the horrific truth of what abortion really is plain and unavoidable to the citizens of every community. This being a Campus Tour we will be focusing on the campuses themselves, exposing America's holocaust to the students and faculty that are not only apathetic about this gross violation of human rights happening in their midst, but also complicit!

We will graphically be putting on visual display the truth about what someone is really supporting or allowing if they claim to be ‘pro-choice’ (which is just an euphemism for ‘pro-abortion’), by holding pictures of aborted preborn babies. No longer will the citizens of these towns and communities be able to say that they were unaware of the murder of the Preborn child taking place in our culture.

Unfortunately, it will motivate some to be angry with us because we have made the truth unavoidable for a few minutes.

Regrettably, some people will be more upset with us for presenting them with the truth, than they will be at the fact that this current day slaughter of innocents is the factual truth! The result will either cause people to accept the reality of the murder they are supporting, or cause them to repent for what they have allowed to go on because they are not actively resisting this murderous evil called ‘abortion.'

God willing, we pray that in each community where we display the truth about the reality of abortion, there will be a heightened awareness and awakening due to these efforts to be faithful to His will. May God have mercy on us for allowing this evil from hell to continue unabated for over 40 years in our nation!

You are so needed! Lots of opportunity to speak up for our preborn neighbors. No need to bring anything - as we provide the signs and the literature.