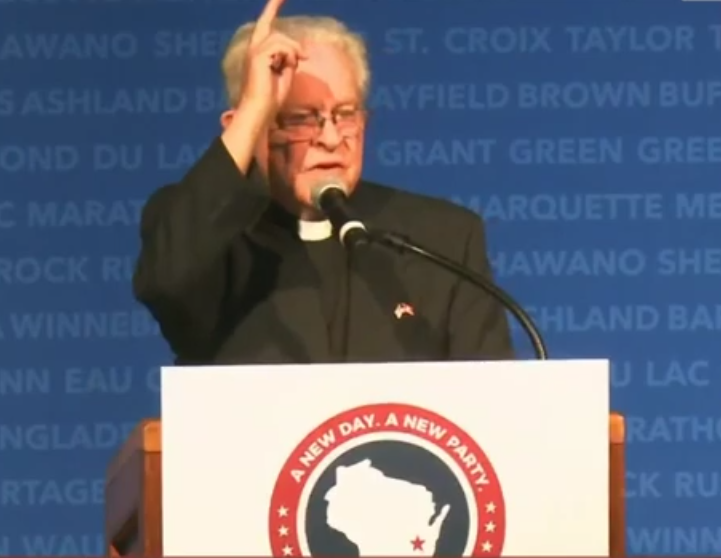 At the Republican State Convention in Wisconsin, held on Saturday, May 18th in the city of Oshkosh, the Rev. James Reiff was called upon to give the invocation for the Convention. During his prayer, he prayed,

“Heavenly Father, you know that when the Republicans had the majority under Governor Walker, they did nothing to safeguard the rights of the preborn. Now however, when we have a Democrat Governor, these same Republicans piously claim that they’re against abortion all the while knowing that any anti-abortion bill that they bring to the governor’s desk will be vetoed. Dear Heavenly Father, forgive our Republican legislators for their hypocrisy.”

The prayer caused no small stir – with the majority of the hundreds present thankful for the words of his prayer. Subsequent to the prayer, Rev. Reiff was informed by GOP leadership that his services would not be needed to give the benediction at the end of the Convention.

Click here to listen to the entire prayer (3-minute video).

Part of what Rev. Reiff was referring to regarding the hypocrisy is explained in this article entitled (click here) Political Ploy being Played Against the Preborn in Wisconsin.

And also explained in this article entitled (click here) The Political Wing of the Pro-Life Movement is Sustaining the Slaughter of the Preborn.