IN 1859 THE WISCONSIN LEGISLATURE DEFIED THE FEDERAL GOVERNMENT.

IS IT TIME FOR THEM TO DO IT AGAIN?

On March 11, 1854, a runaway slave, Joshua Glover, was arrested by federal marshals in Racine Wisconsin. He was taken to the Milwaukee County jail. A crowd of about 5000 people who had learned of the arrest gathered – and they broke him out of jail! Glover made it out of

Wisconsin and to Canada where he lived free until his natural death. The federal government decided to charge a ringleader of the people who broke Glover out- a man named Sherman Booth. He was charged under the federal Fugitive Slave Act. In a historic act of interposition, the Wisconsin Legislature and the Wisconsin Supreme Court defied the federal government and the U.S. Supreme Court by interposing for Booth and declaring the federal Fugitive Slave Act to be void and of no force!

Wisconsin’s Legislature and all state officials – including the governor, mayors, attorneys general, city councils, and judges – need to interpose once again and defend the preborn from murder. They are duty bound to uphold Wisconsin murder statutes and arrest abortionists.

THE IDEA that lawless federal courts, including the U.S. Supreme Court, must be obeyed– even when they write opinions that uphold injustice and murder – is a fiction. 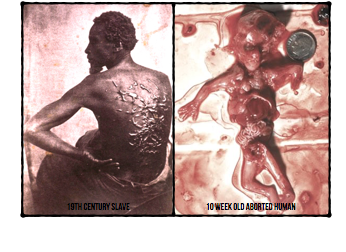 When the Supreme Court acts outside the limits of the Constitution, it is incumbent on the lesser magistrates, within their spheres of authority, to maintain allegiance to the U. S. Constitution and not blithely obey federal lawlessness. Nowhere are states compelled to a suicide pact with a lawless federal government.

WHEN THE FEDERAL GOVERNMENT MAKES unjust or immoral laws or court opinions, “the states who are parties thereto [parties to the U.S. Constitution], have the right, and are in duty bound, to interpose for arresting the progress of evil.” – JAMES MADISON, Architect of the U.S. Constitution

Power concedes nothing without a demand. It never has and it never will. Find out just what any people will quietly submit to and you have found the exact measure of injustice and wrong which will be imposed upon them. 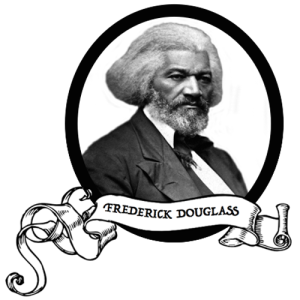 Find printable versions of this pamphlet and more at LesserMagistrate.com